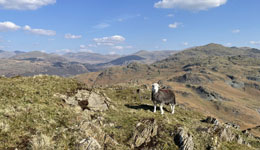 A Day in the Duddon Valley In the Western Lake District

To the Duddon Valley, a quiet, unspoilt part of Lakeland, so cherished by poet William Wordsworth that he wrote 34 sonnets about the place. In that sense you'd think there'd be more people here, but that's not the case. Walkers know about the Duddon because it's great walking territory and those who prefer their Lake District wild rather than mild seek it out as well. Otherwise it's much the same as it was 50 years ago. 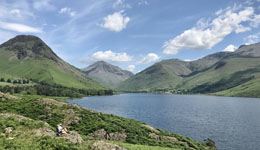 For over 300 years travellers have come to this north west corner of England, drawn at first by the mystery and then later by the magic of its lakes and mountains. These days people come to the Lake District and the other parts of Cumbria for all sorts of reasons. Here are 40 of them… 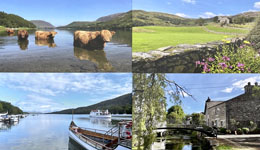 The one thing that you can safely say about the Lake District and the rest of Cumbria is that they're certainly not short of a brilliant view. Climb any fell, walk through any valley, saunter by any shore and you'll find something to celebrate, to cherish and to take the breath away. 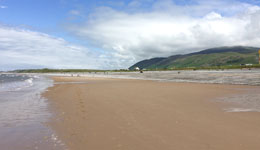 Off to the beach today - to Silecroft - because the village isn't a million miles from Howe Foot and 2021 is 'Cumbria's Year of the Coast'. On the way to the sea why not pop into the small town of Broughton-in-Furness, about nine miles to the west of Howe Foot, along the A5092 and then the A595. 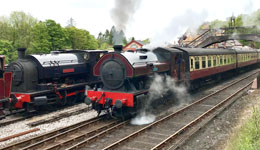 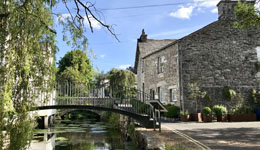 A Trip to Cartmel & Holker Hall

Early morning in the small, pretty village of Cartmel, about 12 miles south east of Howe Foot. There's a lovely buzz of activity around the narrow lanes as staff from Simon Rogan's Michelin starred restaurants start their working day. 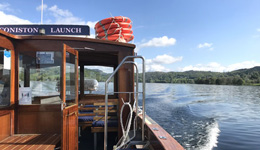 A Cruise on Coniston Water

About five miles due north of Howe Foot is Coniston Water, the nearest lake to the cottage and one made famous by its association with speed ace Donald Campbell, the great Victorian John Ruskin and the author Arthur Ransome. 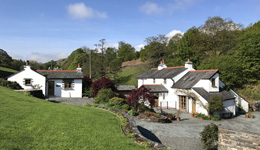 I can't quite remember how we first heard about Howe Foot but I clearly recall turning off the A5092 and - for the first time - heading down a little lane to Sue and Martin's home and the one holiday cottage they had at the time. 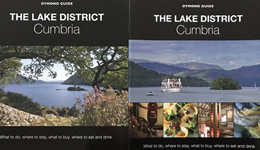 Some years ago I was introduced to the Dymond Guide books through my contacts with Miller Howe hotel at Windermere. Written by Christian Dymond, they contained a wealth of information on the Lake District and the rest of Cumbria. I absolutely loved them: the way they were written, the quality of the photographs and of the book itself. 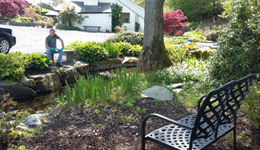 Our New Garden Seat by the Beck

At the back end of last year we decided it would be a fabulous idea to clear an area of land on the other side of Otley Beck, still within the grounds of Howe Foot. This was because we really wanted a garden seat on that side of the beck. You get a totally different and exciting "feel" being just a few feet away from the main gardens and have the feeing of being at one with nature. 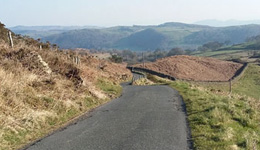 News from Howe Foot in Lockdown

This year has certainly brought huge challenges and sadness to many all over the world and many life changing stories and lessons are to be learnt by us all. I feel I have to embrace this period to figure out what I can do next to help those lovely guests whom I am so missing here at Howe Foot this season. And to give them hope and something to look forward to amidst the anguish and fears that they are experiencing right now. 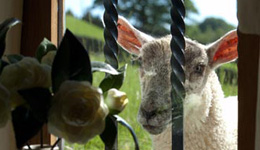 This poem was written by my guest Ron whilst he was staying here with his wife Jo just a couple of weeks ago. I asked his permission for it to be posted on my news page as I feel that he has totally captured the essence of Howe Foot and experienced the rest and relaxation that Howe Foot has to offer! 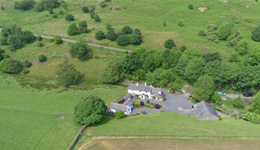 This year, Lowick Common, which surrounds Howe Foot has been gifted by its previous owner to Cumbria Wildlife Trust. There are so many rare and beautiful wild creatures that share the Common and to know that it is now in such safe hands is an absolute treat and I look forward to following their progress as they monitor the various species, flora and fauna.

Last year the English Lake District celebrated its World Heritage listing, an achievement which was much over due but embraced by us all. This year Prince Charles has unveiled a plaque to mark the Lake District's designation as a Unesco world heritage site. 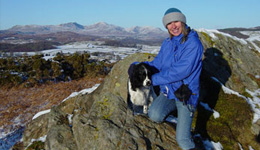 Just a few weeks ago, our beautiful Lake District was at last awarded the so deserved Unesco World Heritage status, putting it amongst the likes of the Grand Canyon, the Taj Mahal and Machu Picchu. 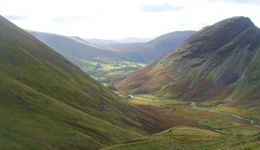 Mosedale and Yewbarrow rise above Wastwater here in the Western Lakes - picturesque and dramatic and well worth the climb! 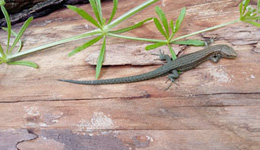 The Common Lizard is a regular visitor to the grounds of Howe Foot and this little chap was sunning himself on a man made log pile which we created to form a natural habitat for wildlife. 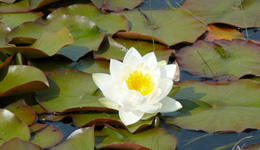 This gorgeous water lily was captured by my lovely guests Peter and Sue Miller whilst staying here at Howe Foot in early June. 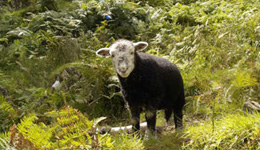 Herdwick Sheep are unique to the Cumbrian landscape.