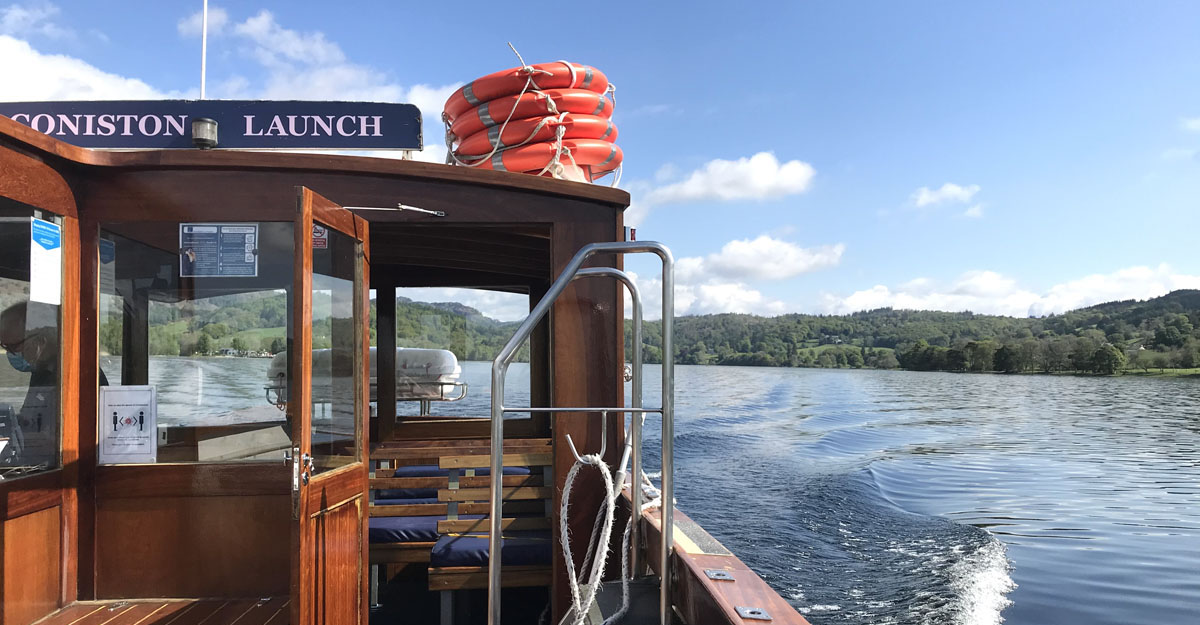 A Cruise on Coniston Water

About five miles due north of Howe Foot is Coniston Water, the nearest lake to the cottage and one made famous by its association with speed ace Donald Campbell, the great Victorian John Ruskin and the author Arthur Ransome

Go via the A5084 and after about 20 minutes you can pull over and get your first decent view of the lake, a slender and elegant stretch of water, bordered by a great show of woodland on its eastern shore and overlooked by the Coniston fells - near the village of Coniston - to the north west. 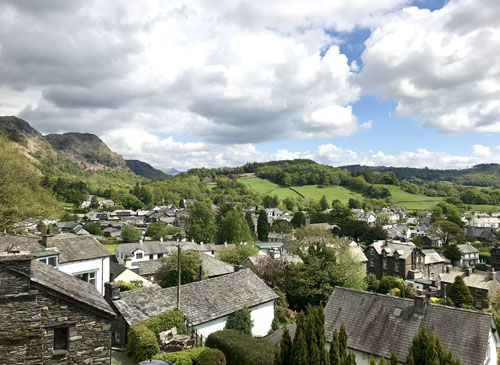 Although there's a road on each side (narrower on the east), the best way to explore it is by boat: a cruise with either Coniston Launch (www.conistonlaunch.co.uk) or the National Trust's Steam Yacht Gondola.

Each has a choice of cruises and stopping off points - some for walks as well - but the main piers for both are at the end of Lake Road, a few minutes from the centre of Coniston. There's parking here too. 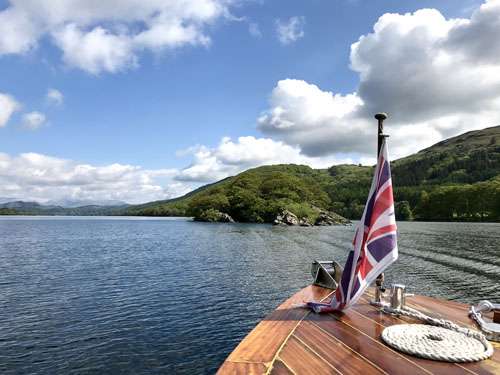 Coniston Water is the third largest lake in the Lake District and a delightful 60 minute round trip southwards to Peel Island - on 'Campbell', one of two vessels operated by Coniston Launch - covers much of its length.

This small wooded island, with an inlet known as the 'secret harbour', has, for years, had a certain significance for many children because it was an inspiration for 'Wild Cat Island' in Arthur Ransome's famous book 'Swallows and Amazons'. 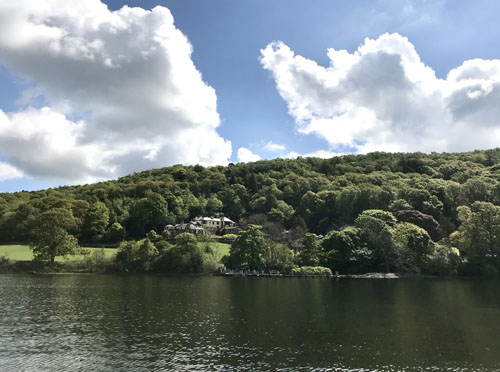 Turning round here, the cruise then favours the east side of the lake, passing the bungalow which Ransome once shared with his wife Evgenia (once a secretary to Leon Trotsky) and then Brantwood, home for 28 years of the great Victorian John Ruskin. You can hop off at Brantwood on some cruises.

For Donald Campbell, Coniston Water was the scene of both triumph and tragedy. He broke four world water speed records on the lake in the 1950s but was killed in January 1967, in Bluebird K7, trying to set another one. The story of that winter day is related during the informative onboard commentary by one of the crew, the wreckage itself recovered from the lake in 2001. 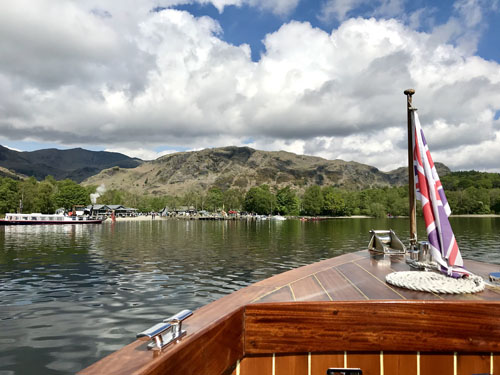 If you're lucky when you return to the pier you might see Steam Yacht Gondola setting off, smoke puffing out of its long, dark blue funnel (www.nationaltrust.org.uk/steam-yacht-gondola).

The original Gondola was built in 1859 by the Furness Railway Company to provide an added attraction to those coming to Coniston on the newly opened railway link. Then, in the 1970s the vessel was completely re-built by the National Trust and is now fuelled by wood waste rather than coal. 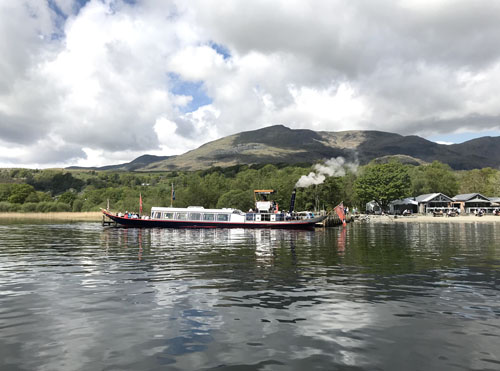 For those who want to spend a bit more time on the water, the Coniston Boating Centre - right beside the Coniston Launch pier - hires out canoes, kayaks, rowing boats, paddleboards, motor boats and bikes. It's run by the Lake District National Park Authority. The Bluebird Café, with a large outside terrace, is here as well. 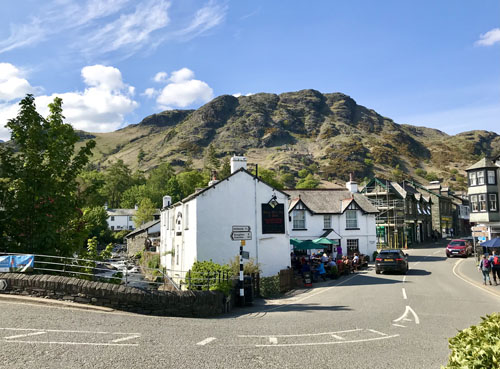 Coniston itself has a main car park beside the tourist information centre and a number of places for food and drink, including Herdwicks Café, Steam Bistro and the Black Bull Inn and Hotel.

The latter is probably the best place to sample the range of beers produced by the Coniston Brewing Company because the brewery is next door and in the same family ownership. 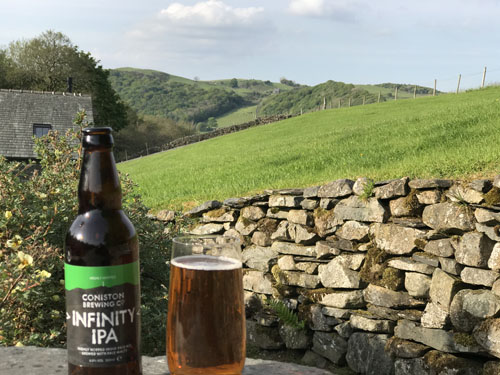 Although its Bluebird Bitter and No 9 Barley Wine have both been pronounced 'Supreme Champion Beer of Britain' at CAMRA's Great British Beer Festival in London (1998 and 2012), why not try the brewery's Infinity IPA as you relax on your bench at Howe Foot? A perfect end to a glorious day out on the lake.