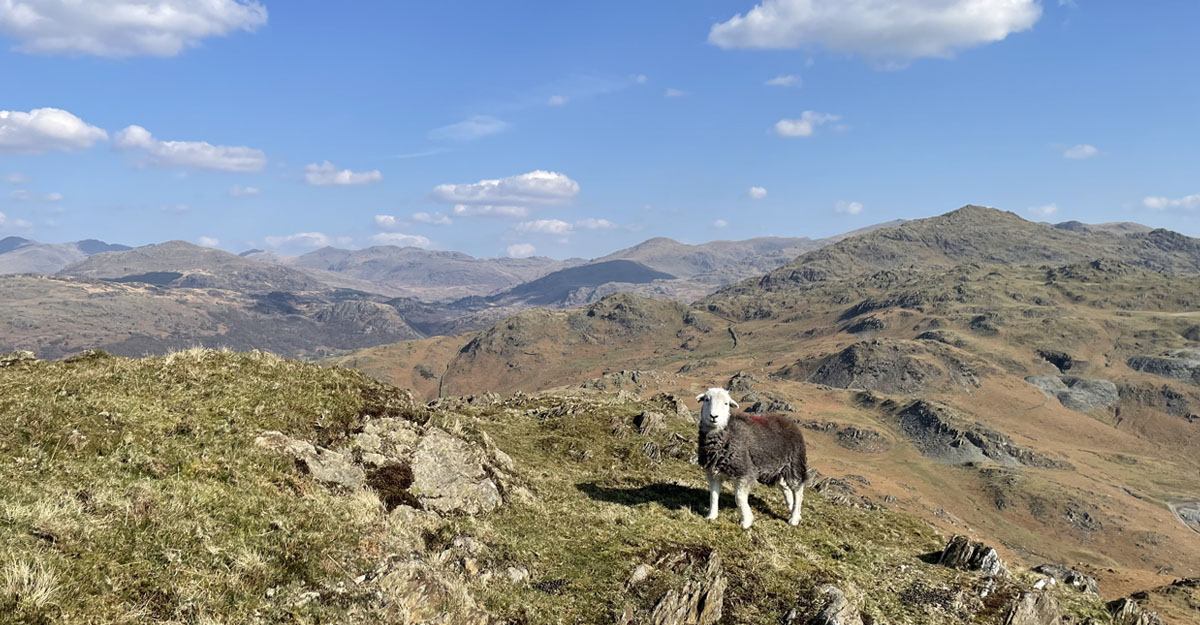 A Day in the Duddon Valley In the Western Lake District 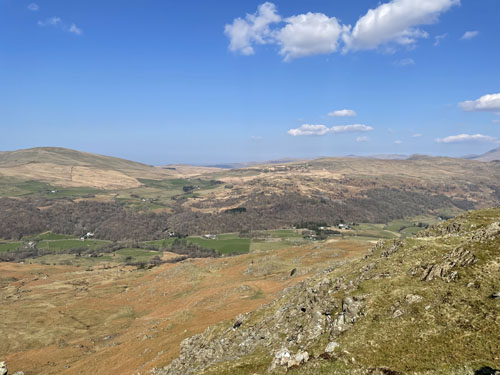 To the Duddon Valley, a quiet, unspoilt part of Lakeland, so cherished by poet William Wordsworth that he wrote 34 sonnets about the place. In that sense you'd think there'd be more people here, but that's not the case.

Walkers know about the Duddon because it's great walking territory and those who prefer their Lake District wild rather than mild seek it out as well. Otherwise it's much the same as it was 50 years ago. 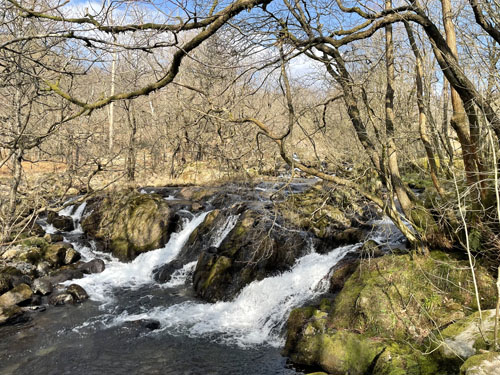 Towards the valley's northern end stands the T-junction at Cockley Beck. Turning west takes you over Hardknott Pass into Eskdale, going east heads over Wrynose Pass to Little Langdale. 15 miles south of the junction lies the Duddon Estuary, an area of sand and mud flats, internationally important for its populations of breeding and migratory birds.

In between Cockley Beck and the estuary, the River Duddon passes scattered farms and wild fellside, its sprightly journey punctuated by small waterfalls and deep pools, stepping stones and ancient bridges. 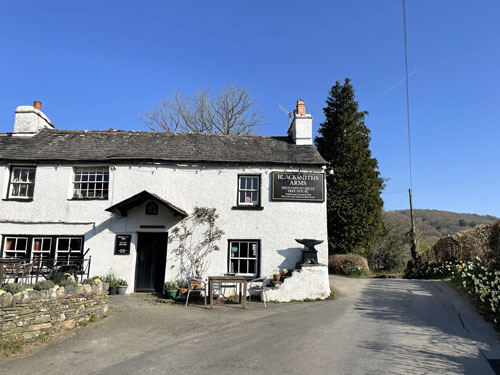 Our starting point for the day was Broughton-in-Furness, a few miles west along the A5092 and then the A595 from Howe Foot. More specifically it was the Broughton Village Bakery where - at just after nine in the morning - the cakes, pies, pasties, buns, croissants and sausage rolls were fighting for space on the counter. A good refuelling spot.

From Broughton we headed north into the Lickle Valley, to Broughton Mills, a hamlet which completely enchanted me one night over 20 years ago when I came to write a piece for Cumbria Life magazine on its famous old pub, the Blacksmiths Arms. 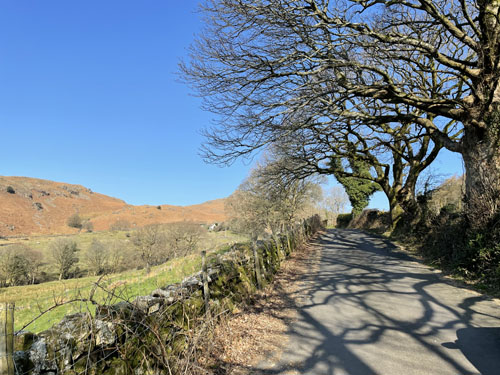 'The hills were already a faint outline against a slate grey sky and the lights from farmhouses were starting to dance in the gloom when I forked left and descended into Lickle Valley,' I wrote at the time.

'Rain was sheeting across the fields, the walls, the woods and the lanes and yet there was still a magic about the place. The footprint of marching time seemed barely to have brushed the valley bottom.' 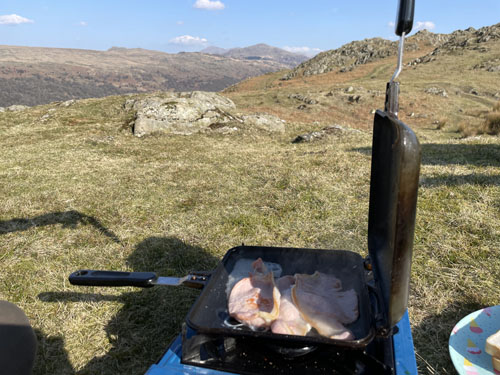 Close to the pub is the River Lickle itself, the bridge over the water carrying a minor road up and over into the Duddon Valley. Then there we are, twenty minutes later, pulling off the road in the Dunnerdale Fells to gaze at the views before us.

A handful of people had beaten us to it, one couple frying up some bacon from the comfort of their easy chairs while a family were setting off for Stickle Tarn, the children excitedly carrying their little fishing nets. 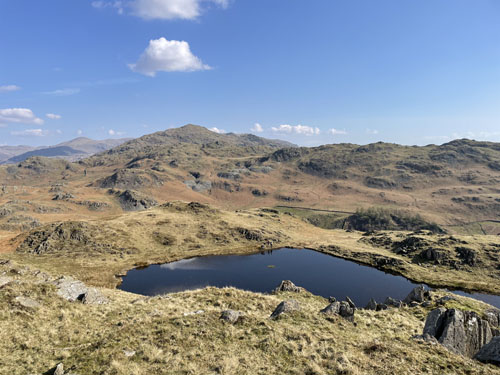 And who wouldn't have a spring in their step on such a beautiful day: a bright blue sky, the fells stretching for miles into the distance, the Herdwick sheep chewing quietly and contentedly nearby?

We headed downhill to Seathwaite where our aim was to find the start/finish of the Walna Scar road, the old packhorse route which William and Dorothy Wordsworth took when they came over from Coniston in 1804 to stay at the Newfield Inn. 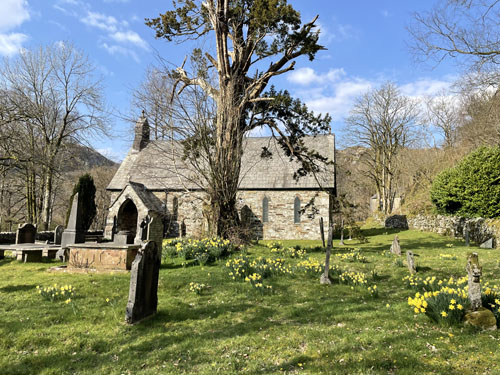 Not only did the Duddon scenery impress the poet but he became a fervent admirer of the Rev. Robert Walker - 'Wonderful Walker', as he was known - who was the curate at Seathwaite for over 60 years from 1735.

Born in Seathwaite in 1709 Walker was a preacher, teacher, sheep shearer, knitter and brewer, and father to eight children. The stone slab on which he sat while shearing is still outside Holy Trinity Church. 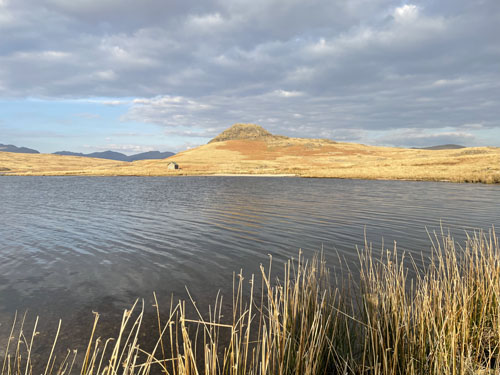 We parked beside the church but never did find the Walna Scar road. Instead we walked for a couple of hours in the hills, barely meeting a soul - save for three mountain bikers - as we skirted Caw (fell), somewhat to the south of where we should have been.

And to finish the day? Another walk, this time at Devoke Water, the largest tarn in the Lake District which lies off the road between Ulpha in the Duddon Valley and Eskdale. And once again, we barely met anyone……save for those three mountain bikers we'd stopped and chatted to four hours earlier. A small world indeed.