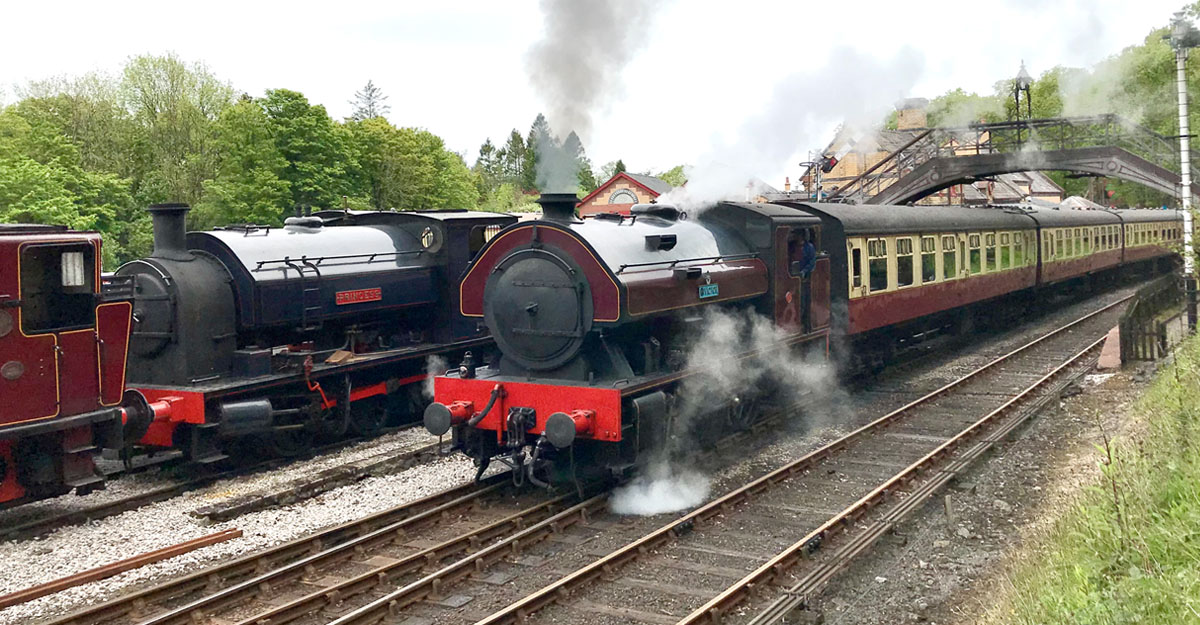 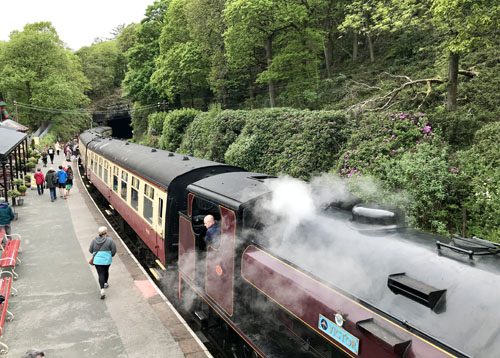 There was a time when you could hop on a train in London and a few hours later - with one or two changes - arrive at either Keswick, Coniston or Lakeside at the southern end of Windermere.

Sadly that's no longer the case although for guests staying at Howe Foot there is some good news. Although the eight mile branch line to Lakeside was closed in the 1960s, the last 3.5 miles were re-opened in 1973. 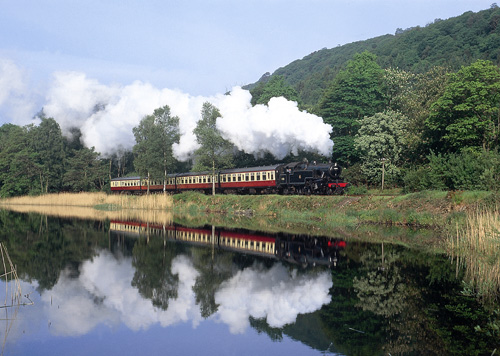 That means you can take a delightful 18 minute trip through the Leven Valley on the Lakeside and Haverthwaite Railway, with trains pulled - in the main season - by steam engines.

From Howe Foot it only takes about 20 minutes by car to get to Haverthwaite station where there's a big car park, a tea room, a gift shop, an engine shed, a woodland play area and lots of excited faces. People's love and fascination for steam trains never seems to fade. 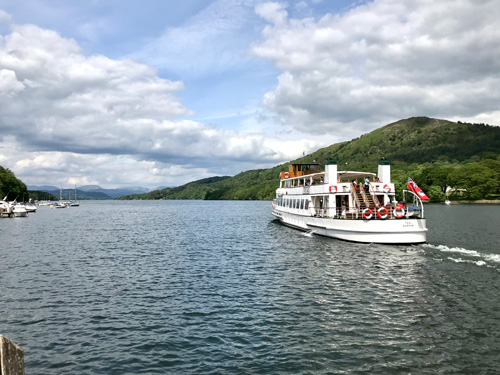 When you get to Lakeside there's no reason for an immediate return journey. You can take a few steps from the railway carriage to 'steamer' and head north up the water to Bowness on a boat operated by Windermere Lake Cruises. It's a cracking trip and one which I will come back to in a later blog.

Windermere itself is Lakeland's glorious centrepiece, the largest natural stretch of water in England - 10.5 miles long - and one that draws huge numbers of people. 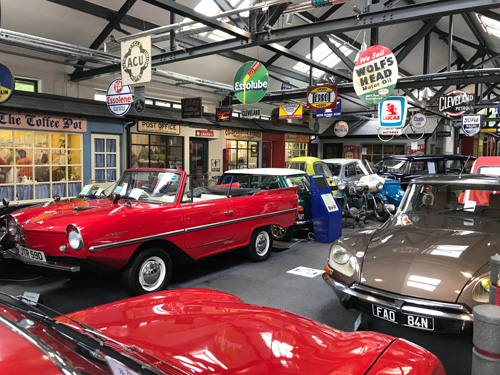 The other big attraction around here is the Lakeland Motor Museum at Backbarrow, just along the road from Haverthwaite. Inside a large blue building is a splendid collection of cars, pedal cars, motorbikes, bikes, caravans and automobilia. And you don't have to be a 'petrol head' to enjoy it.

That's because there's something for everyone, whether that's the motoring displays, the trips down 'memory lane' or the stories rooted in the local area: the iron works and gunpowder factories, the woodland industries or the manufacture on this site of the washing additive 'Dolly Blue'. 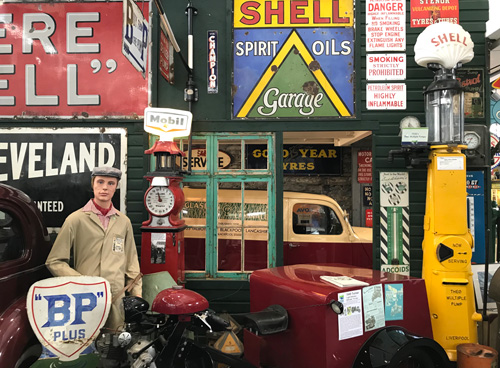 The origins of the 30,000 exhibit museum is a great story in itself: one man's passion for buying up the spanners, tyres, petrol pumps, advertising signs, brass lamps and bonnet mascots which might otherwise have been junked when family-owned garages started to close in the 1960s.

That enthusiast once told me: 'People thought I was at least a little eccentric but the petrol pumps, advertising signs and other items had been part of the British landscape since the early part of the 20th century and much of it had real beauty in the artwork.'

He bought lovely old cars too, many of them in the collection of 120 vehicles or so parked on the ground floor. That collection includes a 1952 TVR2, a 1930s SS Jaguar 100, a 1928 Douglas Model 28, a 1965 Humber Hawk Estate and a 1937 'Bluebird Blue' Bentley (Park Ward Coachbuilders) which once belonged to speed ace Donald Campbell.

Some years ago the Lakeland motor Museum was named 'Best Small Visitor Attraction in England' by the then English Tourism Council, an award that may well have been given because of the huge nostalgia that the place evokes. There's a shop and café here too. 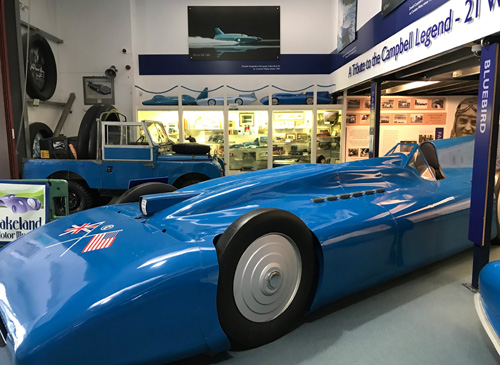 In a separate building is the Campbell Bluebird Exhibition, a tribute to the exploits of Donald Campbell and his father Sir Malcolm Campbell. There are full-sized replicas of the 1935 Blue Bird car, the 1939 Blue Bird Boat K4 and 1967 jet hydroplane Bluebird K7, videos, information panels and plenty of memorabilia.

The exhibition is a reminder that between them the duo set 21 world land and water speed records, six of those triumphs coming in the Lake District. Five of them were on Coniston Water, not a million miles from Howe Foot.