Places to visit in the Cumbrian Lake District

Howe Foot is only a ten minute drive from the southern end of Coniston Water, so a host of Lakeland and other Cumbrian attractions are located within 15 miles or so of the cottages. A few minutes away by car is the market and festival town of Ulverston where there are plenty of small shops and a Booths store (www.booths.co.uk).

Here's an idea of what you can visit while you're staying with us.

Home to Simon Rogan's renowned restaurants L'Enclume (two Michelin stars) and Rogan & Co (one star), the pretty village of Cartmel also has a majestic, 800 year old priory church, a racecourse and a village shop where Cartmel sticky toffee pudding was once produced. It's now made down the road at Flookburgh. Two miles from Cartmel at Cark-in-Cartmel is the historic home (and gardens) of Holker Hall. Slightly further away is High Newton where Heft is run by Kevin and Nicola Tickle. Previously he was head forager at L'Enclume and head chef at Michelin starred Forest Side in Grasmere. Cartmel is about 12 miles from Howe Foot.

Ten minutes by car from Howe Foot is the southern end of Coniston Water, the third largest lake in the Lake District. Brantwood, the home of the great Victorian John Ruskin, is on the lake's eastern shore while in Coniston itself is the Ruskin Museum. At some stage in the future, the museum will display Donald Campbell's Bluebird K7, the hydroplane in which he was killed in 1967, attempting to break the world water speed record on Coniston Water. Coniston Bluebird Bitter is one of two supreme champion beers produced by the local brewery. You can explore the lake on either the steam yacht Gondola or Coniston Launch.

Four miles east of Coniston is the popular village of Hawkshead, with four historic pubs, a 500 year old church and a grammar school where the poet William Wordsworth spent eight years as a pupil. The Beatrix Potter Gallery houses a changing display of original watercolours and drawings relating to Potter's life and 23 published books. Two miles from Hawkshead is Hill Top, the famous 17th century farmhouse that Potter bought in 1905. Not far off the road between Hawkshead and Coniston is the well known beauty spot of Tarn Hows.

Just over two miles south of Hawkshead is Grizedale Forest where 6000 acres of oak, spruce and pine encompass an exhilarating mix of walking trails, biking routes, artworks and a high wire adventure course.

About 10 miles to the east of Howe Foot is Windermere, the largest natural stretch of water in England and the area to which many visitors to the Lake District gravitate. Head along the A590 to the lake's southern tip at Newby Bridge and you will pass the main station for the Lakeside and Haverthwaite Railway and the Lakeland Motor Museum).

A few minutes from Newby Bridge, on the western side of the lake, is Lakeside from where Windermere ‘steamers’ sail north to Bowness-on-Windermere and Ambleside. The other end of the Lakeside and Haverthwaite Railway is also here, as is the Lakes Aquarium. A short drive north of Lakeside (up the same side of the lake) brings you to Stott Park Bobbin Mill.

A short detour to the north along this route brings you to Bouth at the southern end of the Rusland Valley where you'll find the 17th century White Hart Inn.

Another road (A592) goes up the eastern side of the lake to Bowness-on-Windermere, one of the busiest spots around the lake. Just outside Bowness is Blackwell, the Arts and Crafts House, one of the major attractions of Cumbria. What makes this Grade I listed house so special is that almost all of the original decorative features - it was completed in 1900 - have survived.

Bowness itself gives you easy access to Windermere (town), Ambleside and the Lyth and Winster valleys, Cumbria's famous damson growing area. North of Ambleside is Grasmere, a part of the Lake District that William Wordsworth made his own.

The closest town to Howe Foot is Ulverston, where you'll find Conishead Priory (home to a Buddhist community), the Quaker Swarthmoor Hall , the Sir John Barrow Monument (on a hill above the town) and the Laurel and Hardy Museum. Stan Laurel was born in Ulverston in 1890. Ulverston is also the start of the 70 mile Cumbria Way to Carlisle and a place well known for its festivals and small, independent shops.

BROUGHTON-IN-FURNESS AND THE DUDDON VALLEY

Head west from Howe Foot, partly on the A5092, and you come to the small town of Broughton-in-Furness. From here it’s a short drive into the Duddon Valley, so loved by William Wordsworth that he wrote 34 sonnets about the area. Towards the northern end of the valley stands the T-junction at Cockley Beck. Turning west here takes you over Hardknott pass into Eskdale, going east brings you over Wrynose Pass into Little Langdale. 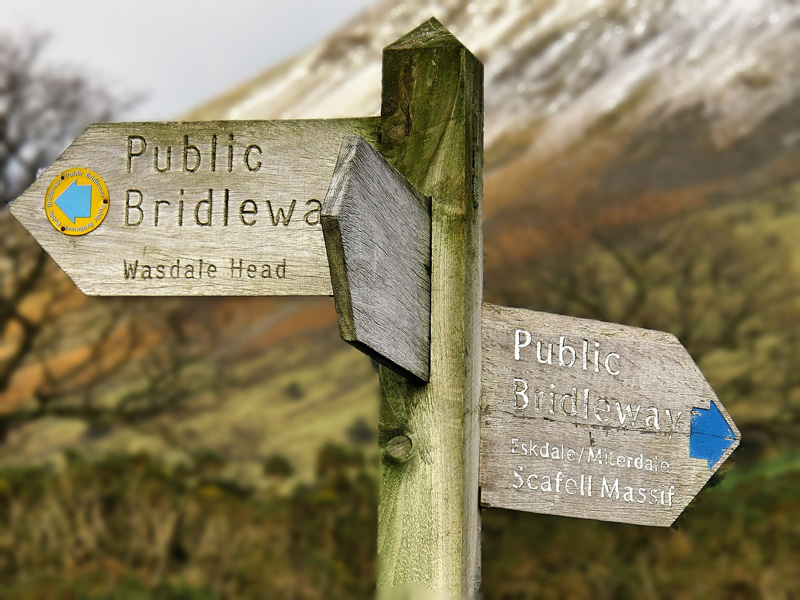 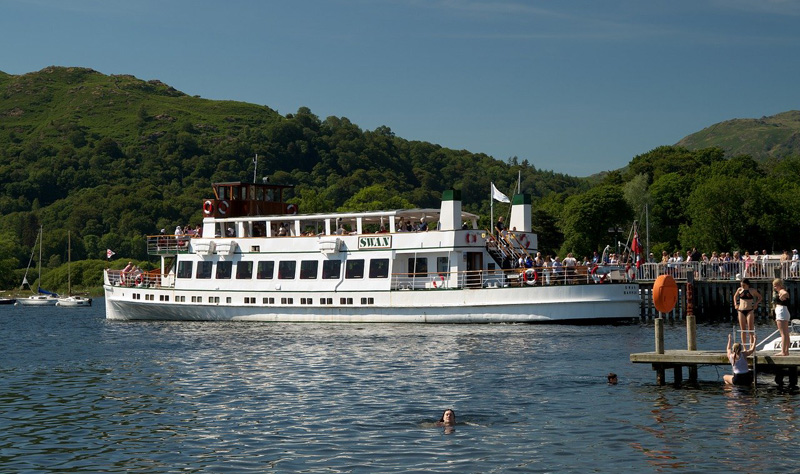 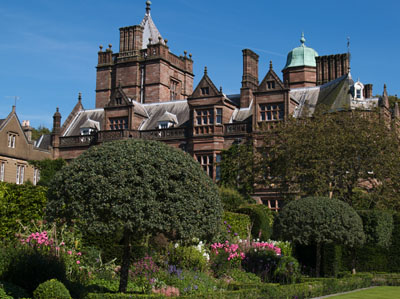 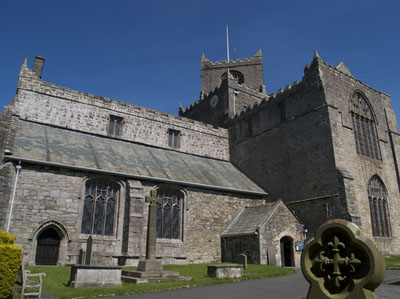 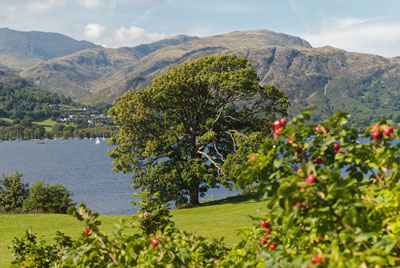 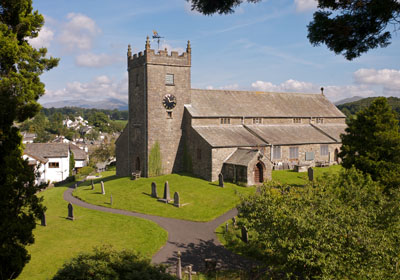 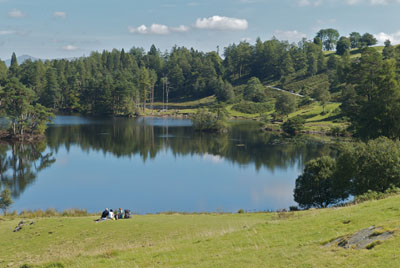 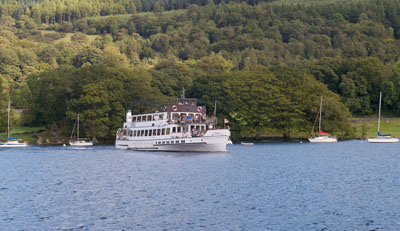 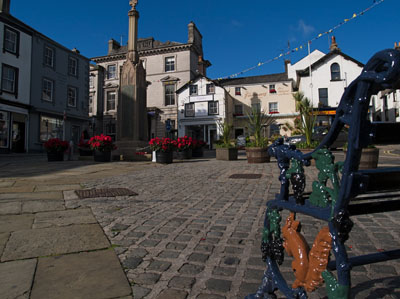 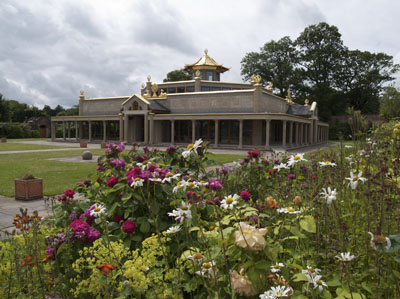 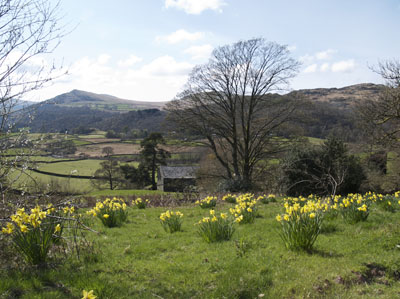